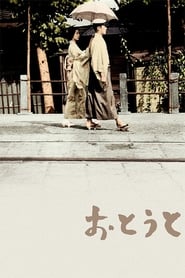 Set in 1926 when Japanese tradition was much stronger, this standard drama looks at the inner workings of a small family, especially the relationship between a sister and brother. 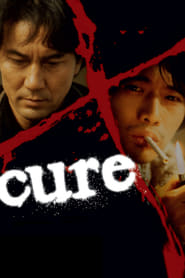 A wave of gruesome murders is sweeping Tokyo. The only connection is a bloody X carved into the neck of each of the victims. In each case, the murderer is found near the victim and remembers nothing of the crime. Detective Takabe and psychologist Sakuma are called in to figure out the connection, but their investigation goes nowhere...

Shuhei Hirayama is a widower with a 24-year-old daughter. Gradually, he comes to realize that she should not be obliged to look after him for the rest of his life, so he arranges a marriage for her.

Leaving her provincial home, teenage Mutsuko arrives in Tokyo by train to take a job in a major automotive company but finds that she is employed by a small auto repair shop owned by Norifumi Suzuki. Suzuki's hair-trigger temper is held somewhat in check by the motherly instincts of his wife, Tomoe, and his young son Ippei immediately bonds with Mutsuko as if she were his older sister. The Suzuki shop lies almost in the shadow of the Tokyo Tower as it rises steadily above the skyline during construction in 1958.

Would-be writer Ryunosuke Chagawa is still living across the street from Norifumi Suzuki and his auto repair shop, though now he shares his home with Junnosuke, an orphan he's taken under his wing at the urging of pretty Hiroi, who continues to manage a nearby tavern. Chagawa dreams of publishing a successful novel and settling down with Hiroi and Junnosuke, but his day job running the candy store keeps him busy, and Hiroi mistakes his tight schedule for a lack of interest in her. Hiroi has also embarked on a secret career as a burlesque dancer, which isn't doing much to improve her opinion of men. At the Suzuki household, seven-year-old Ippei isn't happy to be sharing the house with a guest, his distant cousin Mika who is the same age but far more demanding. Mutsuko, the apprentice female auto mechanic, is still staying with the Suzukis, and she's becomes the object of the affections of Takeo, a downbeat young man who is studying cooking.

The Tokyo Olympics are about to open, and Rynosuke Chagawa is excited to receive a new TV set to watch the upcoming events. His wife Hiromi is pregnant and he has built a second level on his shop to provide his adopted son Junnosuke with a private space to study for entrance to Tokyo University to set up a career with a major company. He dreams of sparing Junnosuke the struggles that he has faced as a writer. The family continues to rely upon Hiromi's income from her bar. Meanwhile a rival story, The Virus, by a new writer has appeared in the periodical that has been publishing his stories "Boy's Adventure Book" and he fears the new competition. Norifumi Suzuki also receives a new TV, but more of a deluxe model. Mutsuko Hoshino (Roku) is still the principal mechanic in the Suzuki family's auto repair shop, but she dresses up some mornings to go to a nearby street with the hope of a "chance" meeting with Dr... 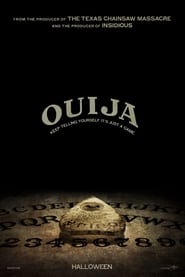 A group of friends must confront their most terrifying fears when they awaken the dark powers of an ancient spirit board.