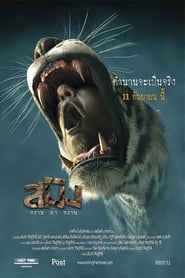 :: Storyline ::
Pran Boon, or Hunter Boon, saves a child's life by killing a young Sming that attacked him. Little did he know that the young Sming was not the only one in the area. After having witnessed Pran Boon killing her son, mother Sming sets out to Pran Boon's village, seeking revenge that leaves Pran Boon's wife dead and his daughter injured. Knowing he and his daughter would never be safe again until the Sming is dead, Pran Boon begins his hunt for the most dangerous hunter in the jungle with the support of Pran Hlong, an immigrated Chinese hunter who seems unlikely to be an ordinary hunter.